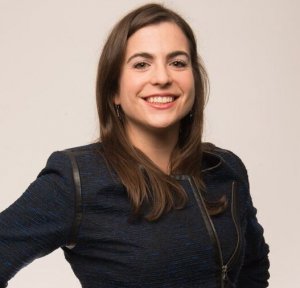 Many years ago, 4-H alumna Lindsey Larson came to the realization that it was important to promote the dignity of farmers. This belief drew her to a successful career in conservation and sustainable finance, in which people make investments with the intention of generating positive social and environmental impact along with a financial return, such as by promoting farming.

Lindsey’s experience eventually led her to the World Bank, where she works as an Economist in the Agriculture and Food Global Practice, connecting the concepts of healthy economy, healthy planet, and healthy people.  This past summer, Lindsey met with 4-H members and staff via Zoom as part of Massachusetts 4-H’s Career Exploration series.

The World Bank was founded in 1944 at the Bretton Woods Conference following World War II, Lindsey explained to the Zoom attendees.  As the largest development bank in the world, the World Bank works today to alleviate global poverty and promote shared prosperity throughout the world.

In her unit that manages $20 billion in projects worldwide, Lindsey works on two major initiatives. Through the Food Systems, Land Use and Restoration Impact Program, she supports projects that promote sustainable production of food and commodities such as coffee, cocoa, corn, and others.  She also leads an initiative called “Enabling the Business of Agriculture,” which analyzes how “friendly” countries are to their farmers and ranks them accordingly.

Farmers can often be vulnerable, relying on unpredictable harvests as their primary source of income, Lindsey explained. Farmers who want to transition to new, sustainable production practices often face large, upfront investments. While farmers in developing countries can get loans, the interest rates are often sky-high.

The World Bank develops solutions to reduce the uncertainties of the farming profession by addressing systemic risks (for example, creating insurance for crops ruined by bad weather) and focusing on ways to reduce costs in financing smallholder farms. These efforts support commercial banks in offering loans to farmers at reasonable rates.

According to Lindsey, the World Bank also supports access to data, such as statistics for weather monitoring. “There are increasingly better tools today, which lead to better data, which should lead to better decisions,” explained Lindsey.

Working toward such important goals can come with tricky moments. “It’s really difficult work,” explained Lindsey. “You may have a goal that seems simple and altruistic, but when you get into the weeds of these projects, things come up that you never thought of.” Much of the World Bank’s initiatives, said Lindsey, succeed by changing behavior in developing countries. “You have to get the right decisionmaker’s interest captured,” noted Angelica Paredes, 4-H Educator.

Lindsey’s decisions took root in her childhood, when she was an enthusiastic member of the Flora, Fauna and Feathers Club in Topsfield. She spent about 8 years in 4-H, showing Heritage breeds of poultry and growing up to 200 dahlias per year. In addition to wonderful memories, 4-H provided Lindsey with attributes that would serve her in good stead throughout her life, including confidence in her passions, as well as leadership and interpersonal skills. “4-H left me with a lot of lifelong skills and an appreciation for the natural world.”Lindsey urged 4-Hers to keep an open mind by listening and learning from others. She recommended they seek help from potential mentors. “Send emails asking for informational interviews and develop relationships,” advised Lindsey. “You never know where that connection might lead. Say yes to every opportunity, and build your network.”

Most importantly, Lindsey encouraged the young people to dream big about their future vocations, as she once did. “Think about your vision for the world…I’ve always been interested in agriculture due to the environmental impact, and to promote the value of human dignity. The decisions I make in my job make a huge difference toward those things.”